A Short History of Ideas – Heaven 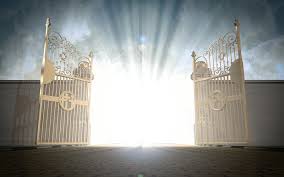 As the Greek world died away the Roman Empire became the principal power in Europe and the Mediterranean basin.  With its blend of military might and relative barbarity, it broke the spirit of creativity the Hellenic world had generated. It made people fear the future but it stifled the impetus to rethink it. Rome had to be embraced; there was simply no alternative. Or was there? 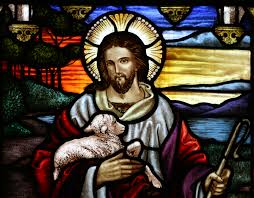 In the third and fourth centuries AD a new religion called Christianity began to gain serious ground over fading Roman ideals. As the systems of the Roman Empire gave way to corruption and the generals began to call the shots, people looked elsewhere for deliverance. The Christian Creed provided it in the concept of a heavenly paradise where all earthly accounts would be settled by a God that was not a Caesar.
The Kingdom of Heaven, as a concept, was the perfect antidote to the misery of the times. The virtuous would find eternal peace, and those less deserving would be excluded. It became the tool of a new moral creed, which would eclipse the laws of Rome and all its deities. But Christians did not invent the concept of an afterlife; it was as old as the hills.  Human history was, and is, full of stories about life after death; mythologies the world over have grown up around the subject simply because it is so important to us.

As a species, human beings are blessed — or cursed, with the ability to be aware of things that are not a direct response to a stimulus. We do not need to be hungry to think about where our next meal is coming from; we have the brainpower to plan for it, thanks to millennia of evolution. But while forethought has its benefits, it has also made a rod for our backs as a species by forcing us to deal with the finality of death. And as the end result of love, life and labour it is not a warming prospect. All of which begs the awkward philosophical question: Why bother with anything in the first place?​

​When life is good, perhaps such questions can be brushed aside. But when it isn’t, they come back to us with all the force of a thunderclap. Answers have always been suggested, because there have always been people thoughtful enough, or unsatisfied enough, to look for them. As a consequence, ancient mythology — the vehicle for relating these answers, has made stories of them. Whether the stories themselves are true is beside the point; they exist to serve a need and as a framework for understanding the world and our place in it. And stories of the afterlife have been the stuff of mythology in almost every human culture.
The ancient Greeks had Hades, the god of the underworld who guarded the souls of the dead, and forbade them to return. The Romans called him Pluto and the ancient Egyptians called him Osiris. What about the underworld as a final destination? In antiquity we were expected to descend to the underworld after life; it was only later that the Christian creed suggested we ascend to it.
The earliest representations of the Christian God place him in the cosmos. It is hard not to connect this with the old Roman tradition of naming the gods after the Greek names for the planets: watery Neptune, metallic Mercury, bright Jupiter and brooding Pluto.

It would have come naturally to early Christian scholars to house God in the sky, and for Him to receive there after death. As for the old idea of the underworld, it began to acquire hellish associations even before the rise of Christianity. It was a dark and inhospitable place, for the most part. But despite being the kind of destination people preferred to avoid, Hades was not a place of torment. The god of the Greek underworld did not torture or punish those who entered his realm. He was passive and stern, but he was not evil. And there was always spark of hope for the brave.
Inside the realm of Hades was Elysium, the place reserved for heroes and gods. Later, Elysium would be superseded by the Christian heaven and placed securely under the control of one God only. Eternal paradise became the choice destination of God’s chosen people, as long as they adhered to His moral laws. And it worked, for centuries. But what about non-believers — were they destined to suffer a life of torment simply because they had not embraced the new faith? These questions would preoccupy Christian scholars for centuries. With the rise of Christianity philosophy became rooted in religious thinking. The focus shifted from the pursuit of virtue, which the Greeks had favoured, to the eradication of sin — partly because there was so much of it. But sin is a malleable concept. How much weight could it carry, and how far could the idea be taken before people turned against it?