A Short History of Ideas – HYGIENE 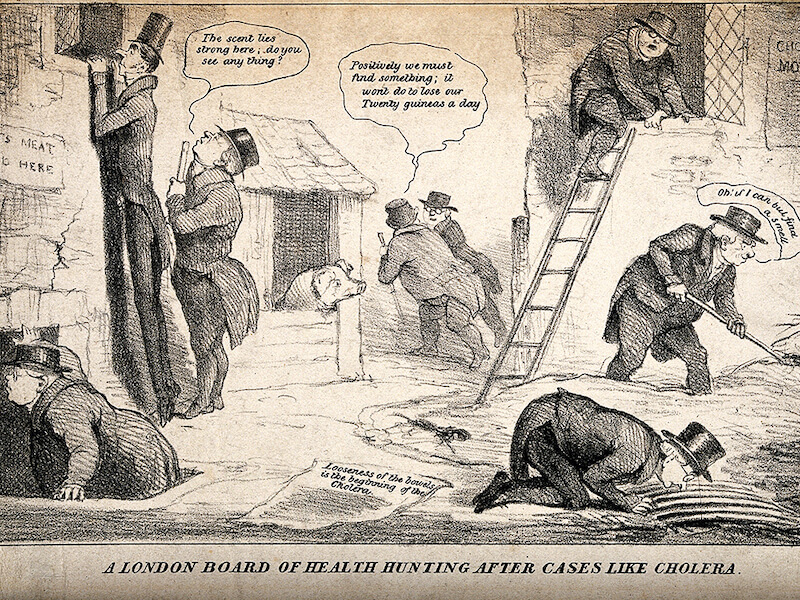 Hygiene and its Horrors

Believe it or not, hygiene was, to some extent, actually invented by a man called Thomas Crapper. At first sight, he does not seem a particularly likely candidate, but a simple name can often be fortuitous. Crapper was born into a time when hygiene as a concept was like artificial intelligence today. People had heard of it but no one actually engaged with it. Running water might have been invented, but people didn’t have it in their homes. Soap was a luxury, and very hard to come by, while disinfectant was still more like a salad dressing than a product, being mostly made from vinegar.

Hand washing, which has now become more important than the economy, marked a major step in promoting the power of personal hygiene against the onset of disease. But it has taken us a surprisingly long time to understand the importance of individual hygiene as a whole.

Fortunately none of us can remember the time when European cities festered in a miasma of stagnant water and muck. The occupants that lived in all this filth were, it must be said, already pretty putrid in themselves. Nobody really washed, even the aristocracy would rather sprinkle perfume on an odour than dispense with it. But by the early nineteenth century, a Viennese doctor called Ignaz Semmelweis began to smell a rat. He found that medical students who had carried out autopsies on infected corpses somehow transmitted diseases. It was a flash of inspiration but one that fell, unfortunately on deaf and soiled ears. His colleagues and the medical profession in general had been labouring under the Galenic certainty (because in medical spheres, Galen had always had the final word) that disease was a product of the atmosphere. Sickness, they thought, was carried in the air, and had nothing to do with contagion. The word contagion had not really been conceived of; bacteria were shadows barely glimpsed beneath a microscope, menacing but ghoulishly unreal. But for viruses which, unlike bacteria, need a host to live in, the unwashed hands of hosts were like an invitation to a smorgasbord. By the time the world woke up and began to wash its hands, viruses had started to expand their repertoires. As for the good doctor, he ended up ignored and in a mad house, where he eventually contracted sepsis and died.

In the Shadow of Disease

Cholera struck and European cities cowered in its shadow until a man called Jon Snow had another bright idea. A water pump in England seemed to him to represent a threat. As he began to test the waters, he found it was contaminated by effluent. Convinced of his discovery, he determined to remove the handle of the pump so that people would stop using it. Almost immediately the cholera abated. But once again, cold water was poured on his ideas. What was a bit of effluent, they cried? How did that change anything? Enter Thomas Crapper.

Crapper, who was a plumber and a businessman, had already come round (with a decent dose of smelling salts) to the issues of the Effluent. He designed and built a superb toilet, complete with U bend and flush. Thanks to his timely investment in faecal management, the world was set for betterment. Soiled water was finally on its way out. Cities cleaned up their acts; people, invariably, cleaned up theirs too and everything became a good deal more salubrious.

By the end of the nineteenth century the golden era of bacteriology was upon us, thank heaven. But what were viruses after all, and what threat did they pose? Viruses carry genetic material , reproduce and evolve through natural selection. But they are not really a life form as we know it. They need a host to live in, and thus live on the very fringe of life, existing only as a part of another living creature. They thrive on contagion and on numbers, which is why modern life has given them a golden opportunity. Able to lay dormant for centuries until they find a host, they can hide inside a permafrost or live in chinks of dust upon the surface of a long forgotten planet. All of which gives them quite an evolutional advantage. But in the end their ultimate ability depends upon their host. As we wash our hands and try to keep our heads out of the water, information and awareness is the key to our success. But before we all start sprinkling ourselves with bleach, we should remember that too much of anything is bad. Too many antibiotics and too much hygiene can be quite debilitating. That said, I’ll sign off now, because I’ve been touching this keyboard for more than fifty seconds, and I need to wash my hands…