Historical Perspectives on the Notion of Boredom - Lucille Turner

Historical Perspectives on the Notion of Boredom

One day, in a nineteenth century idle moment, Leo Tolstoy announced that boredom was the desire for desires. In other words, a person was only bored if he had no desires or because he was unable to identify any at a given time. This ‘I don’t know what I want’ sensation is a familiar one to some of us, and contemporary society is critical of having idle time that can’t be put to use. One of the features of our hyper-busy manic high-tech lives is that we never lack a stimulus. Nevertheless the notion of boredom hasn’t quite evaporated in the heat of our iPhone powered schedules. Why not?

Albert Camus, the Nobel prize-winning twentieth century French Philosopher, could have hit the nail on the head when he said that in truth everyone is bored, and devotes himself to cultivating habits. In a Tolstoy meets Camus scenario you end up with the idea that nobody’s desires are fulfilled and so they just keep busy. Perhaps this fits our current status best, not least because from a historical perspective being bored has more to do with powerlessness than having idle time to fill. And we are certainly feeling powerless at the moment. 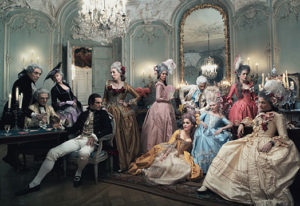 In eighteenth century Europe, boredom was a pinnacle of artistic aspiration, the karma of the fashionable elite. People wanted to be bored, and were most put out if they couldn’t achieve the feeling of boredom or ennui, as it was called, which singled out the cream of French society from the whey during the Enlightenment. In Parisian society being bored was not just a state of mind, or a prequel to depression, it was a sign of being ‘in the know’.

So what was this link between ennui and the Enlightenment? Perhaps it lay embedded in the Age of Reason. The Age of Reason rose to its height during the Enlightenment. Logic as a tool of reasoning meant that people moved away from religion and mysticism and gravitated closer to a scientific worldview. It helped of course, that gravity had been understood; it helped that people had at last accepted the idea that we were one small planet in a single solar system within a great universe, and that the Church, which was growing ever more corrupt, had not saved us from the plague or created light. Light could be analysed; matter could be analysed. The lens of the microscope and telescope was firmly in our grasp, and we were busy looking down as well as up. The world was subject to ever greater scrutiny, and what people saw made them feel, inevitably, rather unimportant. Powerless, even, when the promises of science proved elusive. 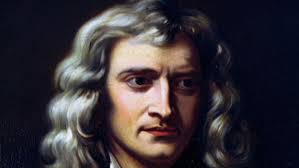 After the Industrial Revolution, which was already starting towards the end of the seventeenth century thanks to the brilliance of men such as Isaac Newton, people lost something important. Other French philosophers such as Rousseau had already seen it coming. Life was futile; all that mattered in the end, since there was no real god (I use the word ‘real’ here because I can’t think of a better one), was the individual. Rousseau rather hoped that the individual could control his or her destiny. People ran with this idea for a while until another French philosopher and writer came along and smashed it all to pieces. His name was Jean Paul Sartre. 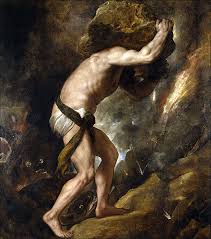 Sartre drew on the ideas that had been the preserve of the Parisian elite in the full throes of ennui, namely that life was futile and since we had no control we might as well do nothing. He quoted Greek myths, such as the myth of Sisyphus, a mortal man who spent his whole life hauling a rock up a hill beneath the watchful scrutiny of the gods only to find it fell back to the bottom every time. It isn’t the most motivating myth but it certainly can be accurate for some. Boredom thus morphed into a lack of motivation in the face of all the odds. The Enlightenment had made God powerless, now people became powerless as well.

Modern boredom has evolved from the eighteenth century form. A crisis once felt fleetingly over a glass of Absinthe in a café down a sombre impasse in Paris has now turned into something yet more sinister. We are inundated with offers to counteract our boredom. Buy this, do that, eat now. The solutions are countless, but that’s not to say they work. There is more than one way to haul your stone up the hill, but it still won’t stop it falling to the bottom.

We do not have solutions to these social malaises, but we continue to work them out to their conclusion. Perhaps the rock must be hauled up the hill because in doing so the individual finds their worth, their identity: their fate. Still, one French philosopher will never be enough. Blaise Pascal, also French, said that all the evils of the world stem from not being able to sit quietly in one room. I think I’ll run with that, for now.