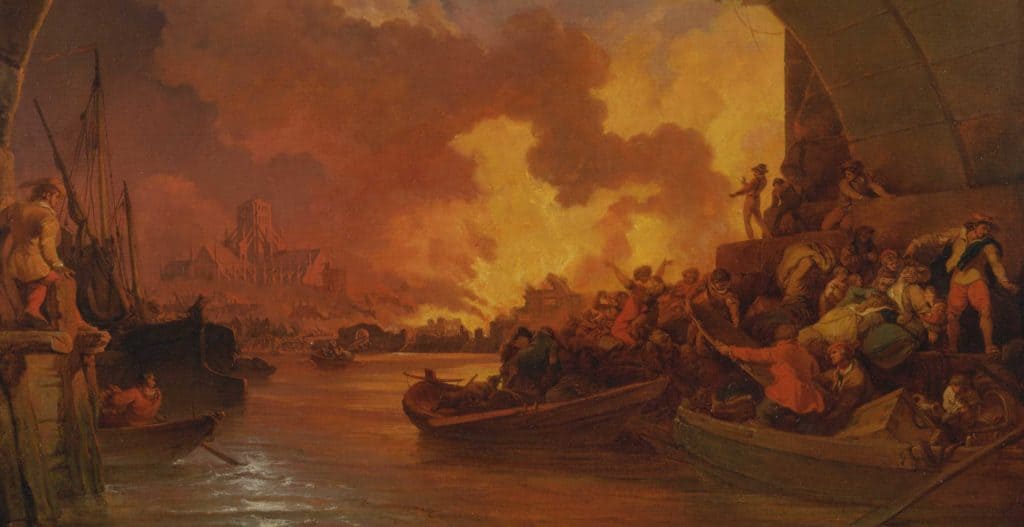 History is full of pandemics. As populations have expanded, epidemics have increased. Even in ancient times great epidemics scoured the globe, bringing monumental changes in their wake. Some of these epidemics became pandemics, although in ancient times the world was not so small, and outbreaks were constrained by our limited ability to export disease to other countries.

Now we are wondering what today’s pandemic might mean for society in general. Some people are calling it an opportunity for change, while others are afraid that things may never go back to how they were. But in dealing with the issues of the present we must not forget the past. Perspective is a wonderful thing. If history is written by the victors then in the context of pandemics, the victors are not just the authors of history; they are history’s survivors.

During its long war with Sparta, the Greek city-state of Athens suffered a major epidemic. As people flocked to the safety of the city’s reinforcements, poor hygiene and overcrowding led to a plague that killed around 25 percent of a population of about 300,000. Sparta, Athen’s greatest rival state, was a highly efficient warrior society with a strong hierarchical foundation and some pretty mythical heroes such as Achilles. But as the Spartan armies massed outside the city gates of Athens and saw the burning funeral pyres inside, the Spartan generals decided that social distancing was quite a good idea after all, and they would do better to leave. They did return though, finally defeating Athens and its pubescent democracy in 404 BC and replacing it by an oligarchy.

Democracy in Athens fell apart during the plague. Morality went out of the window; people refused to obey the law and basically ran amok. They spent money as if there were no tomorrow, which in fact there wasn’t and stopped adhering to religious principles. After all, when you are abandoned by the gods what’s the point in worshipping them?

Defeated by Sparta, Athens was no longer a regional superpower. Sparta rose to prominence and leagued us the myths of Greek warriors such as Hercules and Achilles. But an oligarchy was ultimately not what people wanted. Athenian democracy survived in people’s minds, alongside the memory of the plague. The foundations of Athenian democracy would end up spreading into Europe, where they still remain in prominence today.

The plague of Rome was nasty; it could have been Smallpox, which is not dissimilar to measles, only worse. It devastated the Roman army until around 180 AD during the reign of Marcus Aurelius. The disease swept through the legions, leaving them prone to defeat by Germania, the barbarians of northern Europe. The plague originated from the Near East, and was imported into Rome by troops fighting long campaigns in Parthia.

The effects were felt more by Rome’s super powerful armour plated legionaries than anyone else. The disease weakened the army’s response in the short and long term, and eventually the Germanic Goths reached the shores of the Black Sea, from where they would launch a serious sequence of invasions against the Roman Empire dragging on for centuries, and culminating in the sack of Rome in 410 AD.

By the time Rome fell, the Romans had softened up a bit, and had started converting to Christianity, the old enemy. This led to the foundation of the Catholic Church, the consequential Reformation, Protestantism, Secularism, and everything in between. Nothing has shaped Western civilisation as profoundly as Christianity.

THE PLAGUE OF BYZANTIUM

The bubonic plague showed its face in the great city-state of Byzantium (Constantinople) in 541 AD. It probably spread from Central Asia at one stage with the migrating Huns, but it started in infected grain stores in Egypt. From there, it was carried by the rats that ate the grain which was imported into Byzantium, with the rats in tow. It killed 5,000 people a day at its peak. The Byzantine Empire was vast and beautiful, stretching from the Middle East to Western Europe. As a result of this pandemic, about 10 percent of the world’s population died. This plague would rise to prominence as Byzantium declined, later becoming known as the Black Death in Europe, where it would wreak even greater havoc.

The Eastern and Western Roman Empires could have been united before the plague struck Byzantium, with Byzantium gaining the upper hand. It was never on the cards, though, because Byzantium was weakened at a crucial point. The Emperor, who had spent too much money constructing the Hagia Sophia cathedral, could not afford to be generous. He hit taxpayers hard, and much of the empire was ultimately lost.

The power of Byzantium waned over the next hundred years, until the empire was reduced to the city of Constantinople, an island in a sea of enemies. When Constantinople fell in 1453, the Ancient Greek world fell with it. For centuries afterwards the old civilisation would be remembered with nostalgia, inspiring a Renaissance in Western Europe that would change the course of history again.

THE GREAT PLAGUE OF EUROPE

The Black Death, which went down in the annals of history as the worst epidemic ever known, wiped out half the population of Europe between 1346 and 1353. Spread by the same type of rats that had once eaten Egypt’s grain, the disease travelled on merchant ships from southern ports and landed squarely in the capitals of Europe. With the population having grown considerably, the potential for damage was apocalyptic. Outbreaks recurred until the early 20th century elsewhere around the world. It took 200 years for Europe’s population to recover. Entire families were bricked up inside their houses if they fell sick – such was the terror of the plague.

There are really too many to mention. Migration, death on a grand scale, huge social upheavals, all these were the legacy of the Black Death. Medicine became the most important vector for change. Cities changed, antibiotics were discovered and people finally understood the need to wash their hands – to say nothing of the rest of them.

The plague killed so many that labour became short, and more highly valued. This brought about the end of serfdom in Europe, the rise of technology and the Agricultural Revolution. It was a major turning point like no other Europe had ever experienced.

The plague would come again with great effect to ravage Britain in particular, in 1666. The dreaded year was heralded as a demonic date in London, where the vast population and squalid living conditions spelled disaster. Only the Great Fire of London would eventually purge the streets.

These days, modern transport links mean that epidemics have a higher potential to spread. But every epidemic brings about some sort of change, whether for better or for worse, and each one is a catalyst for history. These changes could either be viewed as step along a path, the end of which is yet unseen, or as a random occurrence with neither reason nor rhyme. History tends to demonstrate the former.