Myths and Their Monsters - Lord of the Rings - Lucille Turner

Myths and Their Monsters – Lord of the Rings 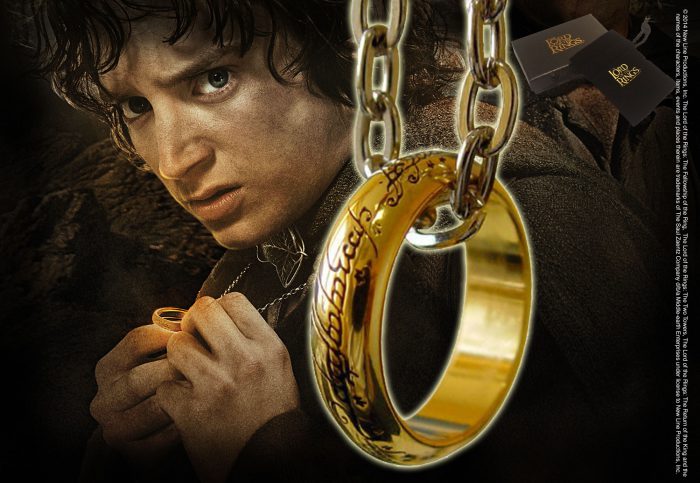 There are myths and there are mythmakers. Mythmakers do not really create new myths; they create new stories based around the enduring elements of existing, usually ancient mythologies. The reason myths endure is because people need them, in the same way that they need a belief system or a creed. One of the greatest British mythmakers of the last century was J R R Tolkein, the author of Lord of the Rings and The Hobbit. Both of these books draw heavily on mythology, and specifically on old English mythology. Tolkein is less well known for The Silmarillion, a book published after his death in 1973, which is really the prequel to the Lord of the Rings trilogy. In it, he elaborates a lost mythology about the ages of the world, and how its inhabitants evolved. The final part of The Silmarillion deals with the story behind the rings of power, and what they signified. But why use a ring as a weapon in the first place, and what sort of monster did Tolkein use to wield it?

Rings are powerful symbols. We marry with them, sit in them, and seal bonds with them. Even the planet orbits in a ring (although in an elliptical orbit). Rings symbolise the power of attraction, protection and retention. Once locked in by the power of a ring you are, technically, bound to it. This idea underpins the Tolkein ring ‘obsession’. It relates to the fundamental desire for control that characterises most of humanity. When, for instance, the bearer of the ring puts the ring on his finger, he becomes vulnerable, easy prey for the Lord of the Rings. Control and evil do not always go together, but power and abuse often do. Power creates tyrants, and tyranny is the real monster of Tolkein’s ring trilogy. Sauron seeks power, but only to abuse it. The struggle to contain the evil of Sauron and overcome the monster informs the spiritual quest of the trilogy, and the mythological beings that inhabit the story each have their part to play.

As we have already seen in the first part of this blog series on myths and their monsters, myths tell stories about the early history of a people. So, was Ancient Britain actually inhabited by monsters, elves, dwarves and demons? We sometimes forget – because of Christianity’s continued importance in society – that before Christianity came along people actually believed in most of these things. Many still do. The Lord of the Rings is in many ways a retelling of the myths of pre Christian England. Alternatively, was Tolkein really pointing his finger at another kind of monster, one that was already seeking power at any cost in the Middle Earth of Europe?

The Ring Trilogy was published in 1954, shortly after the end of the Second World War, and many people saw it as an allegory of the war, with the Hobbits representing the British and the enemy, Nazi Germany, as Sauron the monster. Tolkein partly rejected this idea in his foreword to the second edition in 1965 and partly let it run, but it is certainly true that the circumstances of Europe and the world during the early 1940s had strong echoes in the trials of Middle Earth. The ultimate defeat of evil, in the trilogy, and the establishment of a (hopefully) lasting peace, resonated greatly with Tolkein’s early readers, and even now the story of the hobbits and their struggle to protect their way of life has not lost its appeal. The fact is, there will always be another Sauron; the monster never really goes away, it just hibernates a while. But if Tolkein was not really thinking about the Second World War when he wrote his trilogy, where did the mythical monster of Ancient British culture originate from?

The interesting thing about Sauron in The Lord of the Rings is that we never actually know what form he takes. But we do know that many of the lost Celtic myths of Britain  concerned a great battle between the ancient Celts and their invaders, a mystery race who came by sea and wreaked destruction on the Celts at one point in their past. These people, part supernatural, part human, were known as the Formorians, and their leader was, apparently, a giant with one eye. Just like Sauron in The Lord of the Rings, Balor, the Formorian leader, wreaks destruction on the world with his one poisonous eye. The myth relates that Balor gazed upon his druid father’s potions as a child, and the eye became toxic, killing everything it gazed on. Eventually, Balor’s grandson Lugh succeeded in putting an end to Balor’s reign. Thus, the child triumphed over the giant, the hobbit triumphed over Sauron – and David, in the Christian story told after the druids disappeared, also triumphed over Goliath. There is a certain continuity to myths; that is how they survive, by being constantly retold in other forms.

The druids of Britain haunted Tolkein’s books. There was Gandalf the Grey and Saruman the White, the latter succumbing in the book to Sauron’s evil influence, while Gandalf the Grey tries to keep his magic to himself. But it is the hobbits who ultimately succeed in evincing the evil threat of Sauron. Tolkein loved the Shire folk he’d created, and it is hard not to think of them as unassuming islanders, a peace-loving people who wanted nothing less than to stay in their houses with their beer and simple pleasures. Sounds familiar? Tolkein surely must have thought so, but given that Britain was by then the biggest empire builder since the Ancient Romans, perhaps that was just another myth. Still, Europe enjoyed a long and fruitful peace after WW2. The monster of the myth went underground, although perhaps he did not really disappear for good. Myths come back, but never the same way…