The War on Covid - Lucille Turner

The War on Covid 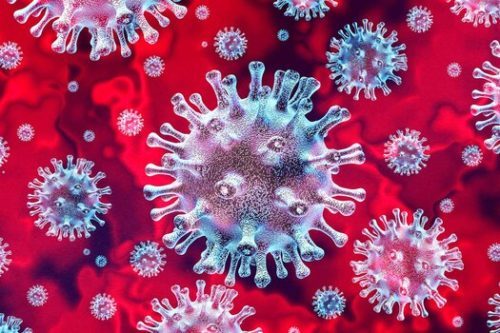 The Coronavirus pandemic we are currently experiencing has been described by politicians as a war, as if the virus was out to kill as many of us as possible, but this is a little misleading. Viruses do not have agendas, and wars are a uniquely Homo Sapiens pursuit; history echoes with the sound of canon fire and nitro-glycerine, and it all comes from us. When we think about the past we often think of it in terms of battles won and lost. We name our wars as sequels in a series. WWII follows WWI. We even like to make them sound romantic, as if the War of the Roses might have been a disagreement over gardening. More recently there has been the War on Terror, itself a discourse of Machiavellian proportions, and now we have become obliged to declare war on a protein-coated particle, small enough to make a bullet seem like a double-decker bus.

During the First World War people had to face both virus particles and bullets. The war must have seemed never-ending, with twenty million dead and as many injured in the space of just four years. That’s nearly 14,000 dying every day. As if that were not enough, in 1918, towards the last months of WWI, Spanish Flu struck*. The flu virus raged for two years until it finally abated in 1920. By then, it had killed about 50 million people, which meant that around 68,000 were dying every day from the flu alone. Clearly the virus was doing even better than its host at decimating populations. Still, the measures of containment taken then hardly brushed the surface. Social distancing was unthinkable. The war, which involved the massing together of soldiers in trenches, barracks and camps, was a serious vector for contagion. The flu spread like wildfire through the troops and wider population, but what was so devastating about it was that, unlike our present day C-19, it took out the young and fit and healthy by attacking the lungs and causing the immune system to rocket into overdrive, thus giving rise to the infamous cytokine storm – when the body declares war upon itself.

Such staggering rates of mortality might make us look upon these current figures with a little more composure. We are, by comparison, getting off quite lightly. Thanks to past experience with the pandemic of 1918 and other health crises less virulent since then, we also have a good deal more experience in matters of containment. There was no sight of a vaccine in 1918-20. It was only in 1999 that the gene sequence of the Spanish flu virus was finally unravelled, so the only hope was either washing your hands (if you could find any soap) or waiting for herd immunity to kick in, which it did, eventually. By 1921 the virus was weakening. WWI had ended, even if the sequel was not really far away. Spanish flu had entered a new phase common to most viruses: the slowdown. So it was not so much that the war on Spanish flu was won, but rather that the virus had capitulated. Or had it?

Charles Darwin, who died in 1882, did not know about the existence of viruses. His theory of evolution, which has arguably remained the most significant scientific theory ever to have been put forward by one man, continues to underpin our understanding of ourselves and our own place on the vast and tangled tree of life. There was, however, one question that still remained mysterious, that age old question that has fed religious doctrine for so long: Why does life evolve the way it does? Is life just a random set of consequences, or is there some agenda that we have not yet worked out?

Science has answered this question fairly clearly: evolution does not have a plan. Species, including viruses in fact, have no particular direction. Survival is random. While it is true that the fittest do survive, there is no deliberate intent. A virus that kills its host dies faster. So Spanish flu, vicious at it was, proved ultimately to be the author of its own demise. There was no rhyme or reason.

As the figures for mortalities begin to finally go down, there is plenty of cause for optimism. First, we are becoming more resistant, because in the words of Nietzsche, that which does not kill us makes us stronger. Second, World War III has not yet happened, and third, we have a vaccine thanks to the marvels of science and the utterly brilliant people who have fostered it. The fatalities may look grim, but the way ahead is clear. Why no longer matters. All that counts is how we look ahead.

* Although the 1918 pandemic was called Spanish flu, it did not originate from Spain. As it spread across the warring lands of Europe, the countries that were fighting saw admission as a weakness. Only Spain, which did not really have so much at stake, was prepared to own its death rate. So Spanish flu it was and still remains. Suspicions persist that it came over in the bodies of American host soldiers, but this has not been proven.