The Templars, the Cathars and the Bloody Inquisition - Lucille Turner

The Templars, the Cathars and the Bloody Inquisition 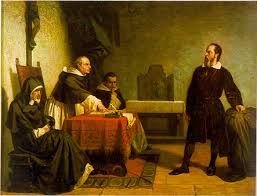 We tend to forget that in the twelfth and thirteenth century in Europe, we had our own band of seriously zealous extremists, the church inquisitors – the body of clerics, monks and secular priests charged with seeking out and punishing heretics throughout the medieval period and well into the Renaissance, when the machinery of persecution gradually ground to a halt. But by the twelfth century they were only just limbering up to the task that lay ahead of them, which (to use the words of the Bishop of Lincoln who spoke out against ecclesiastical abuse in the thirteenth century) meant the punishment of those who held “an opinion chosen by human perception, created by human reason, founded on the Scriptures, contrary to the teachings of the Church, publicly avowed, and obstinately defended”.
SLXLM​​
It seems astonishing to us now that reason and perception could be incriminating, but it was the act of upholding a position that undermined the church, which really fanned the flames. That said, the decision to pursue and punish these so-called heretics was not welcomed at first by every member of the clergy. It was only later, in the late thirteenth and fourteenth centuries that the Inquisition really got off the ground, and the procedures for seeking out heretics became more like a legal inquiry, with evidence being produced for and against. But whom were these inquisitors really pursuing, and what made them such a threat?
SLXLM​​
The main purpose of the Inquisition initially, was to eradicate the Cathars. The Cathars were crusaders, who, returning through Eastern Europe, had been converted by the Bogomils of Bulgaria and other Balkan countries. The Bogomils themselves were a predominantly Manichean sect, whose belief in the dual power of light and dark, good and evil, posed a threat to the doctrine of the Catholic Church for two principal reasons. The first is because the Bogomils and the Cathars they converted acknowledged the power of evil over good.  This was already problematic. The God of the Catholics was all-powerful, and an all-powerful God does not share power. Then, besides claiming that Satan held equal sway to God, the Bogomils refused to take of any form of religious oath. This effectively meant that they rejected the role of the clergy as the representatives of God on earth. The Cathars bought into these ideas, and took them north to Italy and France, where they spread with a ferocity that surprised even the bishops, who claimed that the Cathars of Europe were worse even than the Saracen armies they had first been sent to combat.
MLXLS​​
So bloody were the punishments meted out to the Cathars, that ordinary people at last began to realise that something was rotten in the couloirs of church power.  Hundreds of thousands of suspected Cathars were killed in France alone.  We still bear the memory of this inquisitional ‘field day’ of violence in popular culture.  If Friday the 13th is ‘unlucky for some’ it is because it was on that day in 1307 that dawn raids were conducted throughout France against not only the Cathars but the Templar order too, which like the Cathars had been forced underground. The men and women who were rounded up were burned at the stake, on a day that turned the sky red. In such an atmosphere of fear, it would only be a matter of time until Protestantism gained the ground it needed to challenge the Catholic Church. And yet, interestingly, France, the country that suffered the most in the thirteenth century remained nevertheless staunchly Catholic. Or did it?
MXLLS​​
Like the Cathars, the Knights of the Templar had broken away from the church – or perhaps it might be safer to say that they had turned against it right from the early days, establishing themselves as a renegade band of pious men, whose first aim was to serve the people, not the institution that the church had gradually become. When the last remaining Knights Templar were rounded up and put to death in France, many escaped by boat to unknown destinations of safe harbour. From there, rumour has it that they orchestrated even the French Revolution, as a way of taking back the power and returning it to whom it rightfully belonged: the people. From that day on, France became a secular state, the Republique it is today, and which most French people who fight tooth and nail to uphold.
SLXLM​​
Many people believe that these underground Gnostic* groups, the Cathars and the Templars, went on to reform as freemasons, and that they continue to work for the good of common people, in much the same way that the ancient Templar order had taken a vow of piety and service in defence of ‘the Man in the Street’, or in the early days of the crusades, the pilgrim on his way to the Holy Land. It is almost ironic that one day the church itself would persecute these Defenders of the Faith to extinction.
MXLLS​​
– In 1738 the Catholic Church banned Catholics from Masonic orders and other secret societies. The French Revolutionaries had not yet stormed the Bastille, but the cauldron of discontent was already on the boil.
*Note: The word Gnostic is derived from the Greek gnosis, meaning knowledge.