A Short History of Ideas – Time 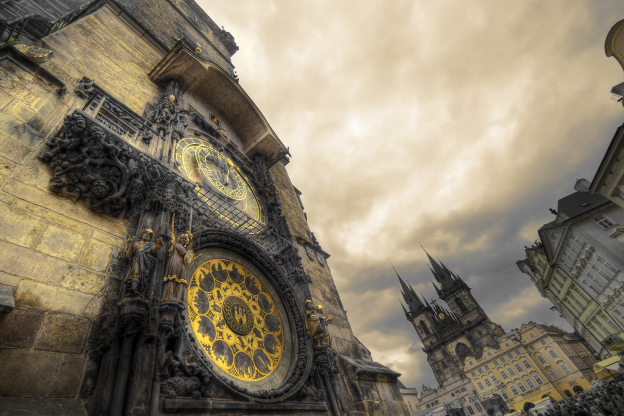 The history of the idea of time is the history of progress. The clock changed the world as the wheel changed the world, except that with a clock you can’t travel backwards; time goes one way only, onwards to the future. The direction of time is intuitively obvious to us and we define ourselves according to it. We are on time, early or late. We say that time drags or flies, but we know it stops for no one. We fight the ageing process but admit we’re not eternal. As we grew more industrious, we built the concept of time into the fabric of urban living: our factories, our machines and our working day have been governed by timekeeping. Too late to go back now — progress, like the concept of time drives us one-way only: forward. But it wasn’t always like that. Before the clock was invented in the seventeenth century, sundials were used to tell the time: simple but ingenious timepieces that cast their shadows on the dial to give the hour. Minutes, in those days, did not matter much. Time was approximate, and surprisingly unimportant. A rural lifestyle did not require precision. In fact, until the 1830’s people barely used clocks at all. They were reserved for certain uses, and the most vital of these, at least as far as a maritime nation like Britain was concerned, was navigation. 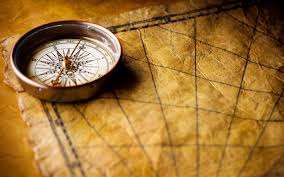 Britain did not become a maritime power just because it was an island. Its navy grew up on the back of the discovery of a method for the calculation of longitude at sea. Early scientists such as Isaac Newton recognised the need for a sufficiently precise way of calculating longitude, and saw that it was linked to two vital calculations: position and time. Space-time, you might say, but time was not yet understood in such terms. Still, Newton knew that an accurate understanding of the movement of the planets would be required before longitude could become accurate enough to steer by. He came close to resolving it, as close as his work on gravity would take him, but not quite close enough. An error of even a few seconds meant many nautical miles of deviation: an endless voyage or a shipwreck.
In the eighteenth century a carpenter called John Harrison made the first sea watch that was sufficiently accurate to allow the calculation of longitude. King George tested the watch himself and declared it to be accurate to within one third of one second per day. 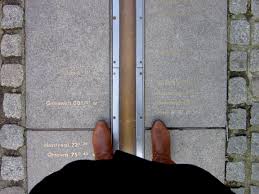 As the United Kingdom grew into an advanced maritime nation, British mariners used GMT, a reference point from the observatory at Greenwich, to calculate their longitude from the Greenwich meridian. But ship time was still solar time, measured against the motion of the moon, a fast moving planet and one that was easy to track. The concept of time appeared to have been brought under control, but all the same, we could never outrun it. When Britain became an industrial nation it fell under the yoke of time. As factories set their clocks to the rhythm of production, the ticking of timepieces signalled the end of an era. Nothing would ever be the same again. Without really noticing the transition, we became enslaved to time, and the only way to free ourselves was to defy it. In the twentieth century a German physicist turned the concept of time on its head. Where Newton had grappled with time and place, Einstein brought us space-time. The idea of turning back the clock was close to becoming a reality.

But did turning back the clock mean undoing what time had done, and was that

evenpossible? Classical scientific thinking gave us an analogy of time in the breaking of an egg. The act of egg breaking shows the linearity of time; once the egg is broken, the event cannot be reversed. Time, like an arrow in the air, goes one way only. Or does it?

Quantum science now informs us that there is no true arrow of time, merely an intermingling of events, which could go either way. Coffee, once heated, could become hotter or colder depending on whether you put it in the fridge or in a sauna after heating. An egg is broken only if we crack it. This is called entanglement, or cause and effect. Time, apparently then, is not so cut and dried as we once thought. It is entangled with space at cosmic and even microcosmic levels.
It was Einstein’s Theory of Relativity that changed our perception of time from linear towards entangled. Relativity demonstrated that both time and space are curved. And the reason they are curved is because of the force of gravity. 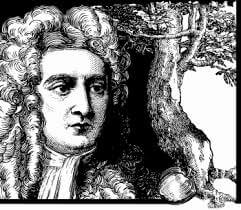 But how does this really impact on our common perception of time? As yet, the idea of being able to change the course of time is strange to us; time travel is still the stuff of fiction. Perhaps as our understanding of space-time evolves, we too will evolve in ways we cannot yet imagine. As scientist William Bencze, says, “Understanding the details of this science data is a bit like an archaeological dig. A scientist starts with a bulldozer, follows with a shovel, and then finally uses dental picks and toothbrushes to clear the dust away from the treasure. We are passing out the toothbrushes now.”
Whatever that treasure of data reveals, the history of time is bound to change the future. Time stops for no-one, after all.