WOMAN IN THE PLURAL, by Vitezslav Nezval - Lucille Turner

WOMAN IN THE PLURAL, by Vitezslav Nezval

The history of the Czech Republic is marked by the stains of the ‘Human Condition’, and the significance of both the history and the phrase have influenced Czech poet Vítezslav Nezval’s collection of poems, ‘Woman in the Plural’, first written during the inter-war years and recently translated by Stephan Delbos and Tereza Novicka in this new edition.

As a nation, Czechoslovakia rose from the ashes of the Russian revolution, when the Tsar and his family were sacrificed in 1918 on the altar of Marxist ideology. Ideology is contagious, and when it chimes with a need for change it becomes a driving force. After the First World War, when the old Austro-Hungarian empire finally crumbled beneath the weight of the region’s collective war-mongering, the Czech and Slovak peoples, who had been ruled for over three hundred years by powerful Habsburg princes, yearned for change. But as they say, be careful what you wish for. The inter-war years went by fast. In 1939 Hitler may have shared the empire building aspirations of the old empiricists but his approach was far more sinister. When Nazi Germany was finally overcome, the Russians also invaded Czechoslovakia and communism became a reality instead of just a dream. Poet and playwright Viteslav Nezval died ten years before the Prague Spring of 1968, but in 1936 his poetry still bathed in the vision of a classless society, of the kind that Karl Marx advocated. 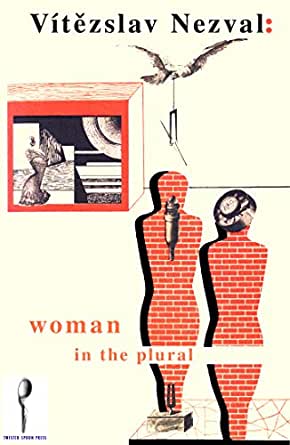