A Short History of Ideas – Prophecy 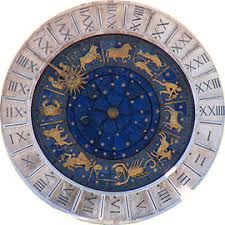 The word prophecy goes back a long way. It has its roots in the astronomy and astrology of ancient Mesopotamia, the cradle of civilisation. Almost as soon as we learned how to write, we learned how to prophesy. Later still, the ‘gift’ of prophecy was harnessed by religion. In the Christian context prophecy is defined as the “gift of interpreting the will of God”, and features broadly in all major religions as a concept. Modern science, however, has rejected prophecy, or at least it appears to have rejected it. It dismisses astrology together with prophecy as unscientific and esoteric. The planetary movements are natural, it says, not supernatural; nothing is written in the stars.

And yet prophecy as a concept still rears its head in unexpected ways, even at the most fundamental level. Science cannot entirely dismiss the idea of prophecy any more than it can stifle religion or the supernatural – after all, we are still learning about the world and have not yet fully understood it. It could well be that prophecy will one day find its rightful place in our understanding, in the same way that other natural phenomena have become clear over time. But that is to suppose that prophecy is a natural phenomenon in the first place, rather than a construct of our imagination.

Psychiatrist and Author Carl Jung said, ​​“When an inner situation is not made conscious, it appears outside as fate.” This seems to imply that our imagination, or unconscious mind, is connected to prophetic thinking at a deep level: prophecy as a sort of instinctive function of the mind. So who is right about the nature of prophecy – or is everyone right?

Prophecy, as we have seen, has been part of religious thinking ever since monotheism (the belief in one God) came into being. The Bible is full of prophecy, and particularly the Book of Revelation, which although it now forms part of the biblical canon, was essentially a piece of prophetic prose written by a Greek named John of Patmos, whose prophecies proved so shocking to him that he isolated himself in a cave to write them even before the start of the Christian era.

The Book of Revelation contains prophecies that principally relate to the coming of the end of the world. Whether you put store in that or not (and many do), the so-called revelations of John’s writing arose from his own mind. Whether we consider that they were divinely inspired or not, is almost secondary. The fact is that they came into his head, and he committed them to paper. How we interpret them is up to us, but there is little comfort to be had in Revelation prophecy, and even the Church has hesitated over whether it should form part of the Christian canon or not. Perhaps the Church knows more than it likes to admit?

The Catholic Encyclopaedia defines the Christian concept of prophecy as “the foreknowledge of future events, though it may sometimes apply to past events of which there is no memory, and to present hidden things which cannot be known by the natural light of reason”. This is significant, as again it points to the unconscious mind, and brings us back to Carl Jung and psychology. Does the unconscious mind act as a repository for prophecy; do we also, know more than we like to admit, and is this fundamental awareness of hidden knowledge within ourselves one of the reasons why the prophecies of others strike such a chord of truth?

One man made famous by his prophecies is Nostradamus, a 16th century French apothecary from Provence.

Nostradamus has been credited with prophesying almost every major historical event, including World War I and II. Was he simply relying on the old adage that History tends to repeat itself? Did he really see the joys of what we all had coming or

are we, the public, simply reading what we like into an obscure text? Are we making it real ourselves?

The Magician’s Companion by Bill Whitcomb sheds a little light on this idea: “One point to remember is that the probability of an event changes as soon as a prophecy (or divination) exists. The accuracy or outcome of any prophecy is altered by the desires and attachments of the seer and those who hear the prophecy.” Enter the self-fulfilling prophecy: the concept that a prophecy becomes real once it has been read. This all sounds very Quantum to me. Science has recently maintained, through Quantum theory, that reality depends on the observer; in other words reality depends on who is looking at any given moment. The implication is that matter assumes the form the observer gives it, as with the writings of Nostradamus.

Perhaps in the end Science does point to the reality of prophecy at the Quantum level; after all, if matter reveals itself to us as we observe it, do we make it real by observing it? Quantum physics is particle physics, and matter originated in the universe. Prophecy may not be entirely astrological, and perhaps it’s not divine at all, but if it does have a place in particle physics, it could still be the stuff of stars.