A Short History of Ideas – Gold, Frankincense and Myrrh 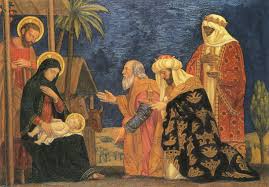 The biblical story of the three gifts at Christmas begins with the Magi. The word Magi is the plural of magus, and a magus in antiquity would have been roughly the equivalent of what we call a wizard. They were known as wise men in much the same way that witches were called wise women in Britain up until the seventeenth century. In effect, this would have meant that they were probably skilled alchemists and astronomers, since much of the magic tradition can be traced back to these two disciplines. Alchemy is the forebear of modern chemistry, and astronomy gave us not only geometry, but mathematics and science in general. Thus the wise men of the Bible were really ancient scientists. So, where did they come from, why did they appear in the Gospel of Matthew, and what was the point of their gifts?

Not everyone accepts the historical veracity of the Bible, but the fact is, that if the Magi did travel to Bethlehem at the time of the recorded birth of Christ, it would have almost certainly been based on a prophecy they would probably have made themselves. Was it a prophecy about the birth of an influential leader, or did it even herald the birth of a new religion — one that would come to dominate almost half the world? Whatever you believe, the realisation of their prophecy can hardly be doubted. Images spring to mind of the wise men bent over a chart of the stars, like Nostradamus, and the idea that they followed the star to Bethlehem may well suggest as much. But ancient history is fraught with inconsistencies; some traditions say there were four Magi, others that there were even as many as twelve. The number three was probably arrived at because it matched the gifts they brought. Gold, frankincense and myrrh: three gifts for one prophecy.

The remains of the Magi are said to have been discovered in Persia, removed to Constantinople then transported to Milan in the 5th century AD. The Holy Roman Emperor Frederick Barbarossa then took them to Cologne in Germany, the seat of the Holy Roman Empire in the 12th century, and to this day they lie behind the altar of Cologne Cathedral.

Whether there are three sets of bones, two or twenty is not clear, but Bethlehem, which is close to Jerusalem, would have once formed part of the greater Persian Empire, and relations between the Persians and the Jews were reported as being friendly. It would not have been unusual for Persian scholars to take an interest in events unfolding on the fringes of their old territories, and the time recorded as the birth of Christ was a turbulent one, with Roman rule casting a deep shadow on Judea. It could well have been that the Magi were part of a group of scholars inspired to make the journey to Bethlehem on the basis of what they suspected to be imminent: a turning point.

The Persians were Zoroastrians, and although much of their original culture has been buried since the rise of Islam, there would have been skilled astronomers and alchemists among them. If such a group of scholars did make the journey to Bethlehem on the basis of a prophecy, why did they bring with them such particular and valuable items as gold, frankincense and myrrh?

Again, the Bible gives us little to go on, but a little alchemical research provides the clues. Gold was a symbol of kingship and wealth. Power, in effect. As for Frankincense, the way it was harvested paints a prophecy in itself: make incisions in the bark of the tree until the resin bleeds out from it, and burn the resin as a sacrificial offering on the altars of your gods. Myrrh adds fuel to the fire of conjecture; it was used as an embalming fluid for mummification, and is associated with both death and resurrection.

The Magi chose their gifts wisely. Either the Persians suspected that the time had come for would-be Christians to find a champion against the hell of Roman rule, or they had a true mystical insight that a new religion was on the verge of being born – one that would bring the Roman Empire to its knees in ways that even the Judeans themselves had not imagined.

Wishing all my Readers