Research in Historical Fiction - how do you begin, and where does it end? - Lucille Turner

Research in Historical Fiction – how do you begin, and where does it end? 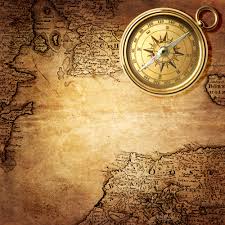 When it comes to writing historical fiction, character is everything. It is character that helps a writer understand events and interpret them, simply because every historical event, unless it’s a natural disaster, is man-made. Battles are a consequence of human nature, and it is individuals that bring them about at the end of the day. In spite of the social and geographical context behind a battle or a war, it often takes just one individual to set the flame to the tinder, one act to set history in motion. The assassination of the heir to the Austro-Hungarian Empire sparked World War I, even if the seeds for conflict had already been sown.​​ 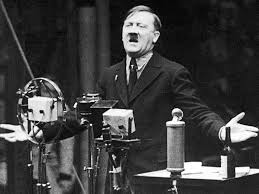 Hitler was uniquely able to garner  the unconditional support he needed from his countrymen to enter into conflict with the rest of Europe two decades later. These are examples of major historical upheavals, but the same applies to the smaller ones. There is always one individual who tips the apple cart, opens up Pandora’s box and sets off a chain of events that will define the lives of hundreds of people for years to come. 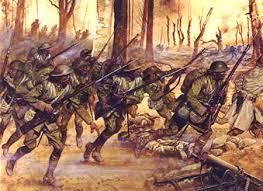 But wars can be prevented as they can be started. ​​
There are also individuals who have had a positive, rather than a negative effect on the course of history. Think of Nelson Mandela, Gandhi, and politicians such as Gorbachev, who ended Communism and made the world a safer place, if only for a while. Those who claim that one person cannot change the world are mistaken. History tells us that much. 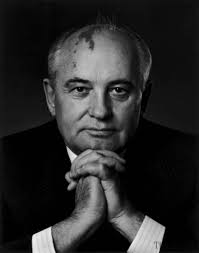 In researching an idea for an historical novel, there are known facts you can’t change, such as dates, battles, outcomes etc.  And if you are using real historical figures in your novel, there are certain things there too that you cannot alter, such as what they did, and how they were perceived by those around them. But that does not mean that there is no room for manoeuvre — not at all.
Think of an iceberg and its tip and you can imagine the potential. What history tells us about the individuals that made it, may often be read in biographies, many of them excellent.

An historical fiction writer will always read a biography if there is one available to them. Sometimes, if the historical figure lived too long ago, there may be very little in the way of written records. Go even further back in time and all you might have is archaeology. While archaeology is a fascinating discipline, it leaves a lot to guesswork where individuals are concerned. But even if biographies may help writers flesh out characters, the role of the historical fiction writer is not the same as the role of the biographer or the historian. A writer of historical fiction aims to bring the historical figure back to life as a living, breathing person. The historian or biographer usually aims to place the individual in the context of their time, not necessarily in the context of their skin. What was going on in the head of a particular individual in a particular context of time or moment of history is mostly about detective work. Sometimes even guesswork. The historical fiction writer must be a bit of a detective.
MXLLS​​
SLXLM​​
In my latest novel, The Sultan, the Vampyr and the Soothsayer, Vlad Dracula’s father (Dracula and his family were all real historical figures) puts his sons’ lives at risk in a political game of cat and mouse with the Ottoman Sultan Murad II. ​​At first sight, it seems like a case of paternal negligence or even betrayal, but what it represents is the meat of characterisation. Look into the depths of such actions and you find conflict at the heart of them. Use that conflict to build your character and you have a flesh and bone person, complete with dilemmas, motivations and baggage.
There are other examples of character building in historical fiction, which are geographically closer to home for a British writer. Thomas Cromwell for instance, has provided Hilary Mantel and others with a golden opportunity to re-create a fictional character of great complexity, a man who bends himself to the will of notorious English monarch King Henry VIII only to find himself betrayed in turn by the king he served so devotedly. The beauty of characters like Cromwell, is that the complexity is almost a given. The contradictions of Cromwell’s own life provide it in abundance.
MXLLS​​
As the king’s henchman, Cromwell was renown for his cruelty. Mantel presents him as a man hardened by an early life of struggle. Cromwell the boy became Cromwell the killer because he was a survivor. His father beat him as a child. To escape his father he went to war young. To survive, he had to be resourceful and ruthless, the characteristics that made him so indispensable to the king.
MXLLS​​
Why then, did he end up on Tower Hill with a blade to his throat? To find that out, the writer would have to look more closely at the character of the one who sent him to the block, King Henry. And so it goes on.
I am currently putting the finishing touches to my third historical novel, The Summer Country, which is set in Roman Britain. More on that in subsequent blog posts, but the protagonists have shown me that even with very little in the way of historical fact, it is possible to re-imagine the inner lives of individuals as far back as the first century AD.
SLXLM​​
There is a good deal of detective work involved, and inevitably a certain amount of guesswork, but once the characters start to move, almost of their own accord, towards the destiny that history has assigned them, you know you’re on the right track.