The Thunderstorm of Epilepsy - Lucille Turner

The Thunderstorm of Epilepsy 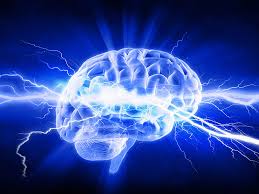 Dyslexia, Asperger’s Syndrome and Epilepsy are often seen as connected, and some people may experience what is called co-morbidity, which is when two conditions occur together. But that doesn’t make them one and the same thing. People with dyslexia see the world differently, and communicate differently. They have enhanced spatial reasoning, and are usually better with figures that words. Their reasoning could be more abstract, for instance, and less linear. People with Asperger’s syndrome can also have a view of the world that seems disconnected from other people’s reality. It can make these sufferers gifted in particular ways, but it also makes them unusual, and even socially dysfunctional in comparison with the majority of people. This can make life hard for them, unless those around them accept the fact that a brain that functions differently is not a disadvantage. It can also be a gift.

The list of people who have endured these types of conditions is impressive. It includes people such as Leonardo da Vinci (who may have been dyslexic), Isaac Newton (who is thought to have suffered from Asperger’s), Julius Caesar, Alexander the Great and, last but not least, probably Vlad Dracula (all of whom were believed to have suffered from epilepsy). In other words, people who were either highly creative to the point of genius or outstanding leaders often seemed to suffer from this spectrum of conditions.
There are of course many others, famous and unknown, past and present, who have suffered from epilepsy, dyslexia and Asperger symptoms, but looking back at the way these conditions have been historically understood, you find that they have always been shrouded in mystery. During the time of the Ancient Greeks the fog of mystery that encircled these illnesses finally began to clear – but only for a while, until Western Europe was plunged into the Dark Ages.

It was Aristotle who first talked about the link between epilepsy and genius. Before then, epileptic sufferers were often considered as being possessed by demons, and capable of witchcraft and magic. These superstitions grew into a sort of taboo of misunderstanding, which to some extent still overshadows the conditions of dyslexia, Asperger’s and epilepsy. But when Aristotle first connected the symptoms of epilepsy to the function of the brain, medicine was a very different discipline to what it is today. The general approach of Greek physicians to the diagnosis of disease and the understanding of bodily functions would no longer seem relevant to a current day medical practitioner, and yet, in some ways, it does seem to make sense.
The Ancient Greeks, Islamic scholars, Indian physicians and the Romans in the footsteps of the Greeks, had a view of health and medicine that was holistic. In other words it was based on the person as a whole, rather than on the part of the person that was ‘sick’. It was also based on the individual’s bodily composition. The body was seen as being made up of four humours, blood, phlegm, black bile and yellow bile.

The terminology is confusing to us now, as the usage of some of the words has changed. Phlegm, for instance, referred to white blood cells. Yellow bile is a substance that can be produced in the body in excess as a result of diet. The Greeks saw it as lying at the root of a choleric condition, which has repercussions throughout the entire body, including on the liver. It was by regulating these humours that diseases were once treated. They used natural remedies, including bleeding, to stimulate the production of the balancing humour.  So what did they do with conditions like epilepsy? They didn’t manage to cure it of course, but thanks to Aristotle and others like him, epilepsy was at least put down to natural causes, rather than superstition. Another interesting approach was in the theory of the microcosm and macrocosm, which Renaissance thinkers such as Leonardo da Vinci later took up.

Leonardo da Vinci was, amongst other things, a bit of a physician. He wrote widely on the subject of disease and diagnoses, and believed, like the Ancient Greeks and other civilisations before them, that the four humours of the body were connected to the four elements of the wider world. This was the essence of the microcosm/macrocosm line of thought.  Fire, earth, air and water are the four elements, and they found their equivalents in the four humours of the body. There was a balance of these fluids in the body, just as there is a balance of the elements in the larger world. If this balance were disrupted within the physical body, the consequences could result in disease or conditions such as epilepsy, for instance. Likewise, if the balance of the four elements were disrupted in the wider world, the consequences could be equally severe. 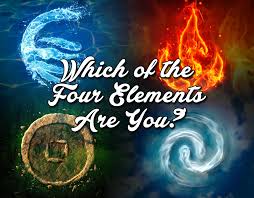 It is hard not to see a valid environmental point in all this – and hardly surprising also that the Greeks compared the seizures of epilepsy to the climactic conditions of a thunderstorm. The comparison flows so well it is almost poetic, if it weren’t for the obvious distress that epilepsy causes to those who are enduring it. The comparison goes like this: in the first stage, the clouds gather. Likewise, in the first stage of a seizure, vision is affected; the sufferer cannot see clearly – his sight becomes clouded, as if he/she were walking in a fog. Even before the climactic effects of the storm break out there is a change in the air, the ‘calm before the storm’. Likewise, a feeling of subtle change usually comes over the individual at the onset of an epileptic seizure. Then, in the same way that the wind of a thunderstorm blows up to a tempest in the wider world, the symptoms of epilepsy explode on the individual. Convulsions flow through the body in waves, finally breaking out into the physical shaking of the seizure, the roll of thunder in the storm.

What is interesting is that this way of thinking brings the condition of epilepsy into the natural realm, rather than alienating it as the mysterious, almost supernatural illness it became during the Dark Ages. It was later, after the age of the Greeks was over, that these neurological conditions became associated with demonic possession, magic and the supernatural. Consequently, it was also then that other cures, such as exorcism or the use of amulets, became commonplace – none of which would have done much good to anyone, and still less to the sufferers themselves. 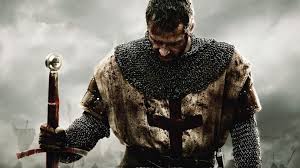 When the Renaissance arrived, and Ancient Greek ideas were rediscovered, other more natural cures were sought for epilepsy in the properties of metals. Bromine was one, and it is still used today. Phenobarbitone was another. Still, the legacy of the Dark Ages was a sombre one, and European civilisation was marked by it in many different ways, which continue to persist.
Still, the holistic approach to disease is gaining ground, and has found its advocates in alternative medicine. To picture the seizures of epilepsy as a thunderstorm already feels like a good way of understanding the condition, and a good way of empathising with those who have to endure it.